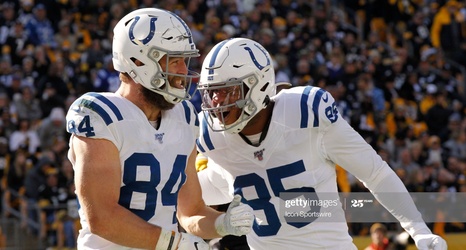 Even with a limited amount of salary cap space, the Pittsburgh Steelers still managed yesterday to dole out what is tied for the second-largest first contract they have ever given to an outside unrestricted free agent signed during the initial period of free agency based on per-year salary, signing tight end Eric Ebron to a two-year deal worth $12 million.

This ties the two-year, $12 million contract that they gave to Mark Barron in March a year ago. Barron, released by the Los Angeles Rams, was technically a street free agent the way Joe Haden was when they signed him in August of 2017, but the latter did not come during the free agency period at the start of the league year.