Big Ben On Relationship With AB: ‘I Still Call Him A Good Friend And I Hope We Can Reconnect’ 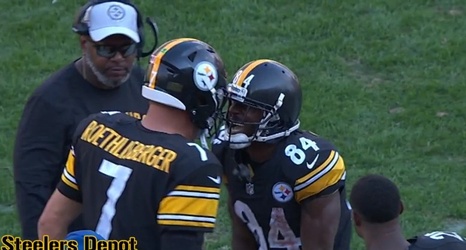 Pittsburgh Steelers quarterback Ben Roethlisberger and the team’s former wide receiver Antonio Brown will likely be long remembered as being one of the best pass connecting duos in NFL history. After all, the two connected on 790 total passes during the nine seasons they played together with 73 of those completions resulting in touchdowns. However, after seemingly being real good friends for nearly all nine of those seasons that they played together in Pittsburgh, Roethlisberger and Brown now seem far, far from that as a result of everything that transpired since Week 17 of the 2018 regular season when the latter went AWOL from the team just prior to the last game.