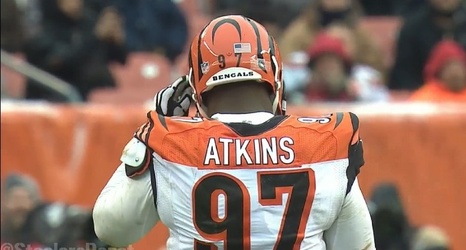 Though not a surprising move, it was still a significant moment when the Cincinnati Bengals announced they would be releasing veteran defensive tackle Geno Atkins, an eight-time Pro Bowler and four-time All-Pro, whom they drafted in the fourth round in 2010.

Plagued by injuries last season that limited him to just eight games, Atkins had already been playing in a reduced role as Zac Taylor’s defensive unit continued to evolve, seeing just 119 total defensive snaps over the course of the entire year. Atkins was due $9.5 million for 2021, and it was clear that they did not view him in that role.