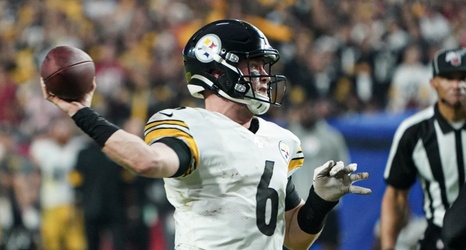 Don't say a negative word about Devlin 'Duck' Hodges on the Internet right now. Just don't do it.

Before Hodges' latest win, a 23-17 victory over the Cardinals out in Glendale, Ariz., I tweeted this:

Seeing a lot of people forgetting that Duck Hodges replaced Rudolph against Baltimore and lost. He's not undefeated in his regular-season appearances. Starts, yes, he's 2-0. But he's 3-1 in games he's played.

Many interpreted that as a "hot take" or a criticism of Hodges, and it was neither.