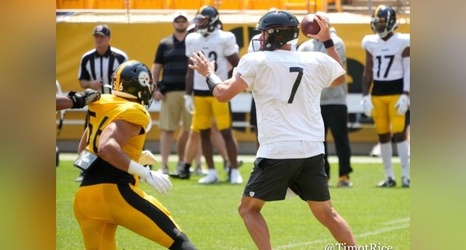 If the NFL Network’s Top 100 would’ve been stretched out just another ten spots, Ben Roethlisberger would’ve made the list. Alas, it doesn’t, so Roethlisberger was only included in the “just missed it” list presented by the league.

As the league rolls through its top ten players today, they paused to acknowledge the ten guys who just missed the list, 101 through 110. Roethlisberger brought up the rear of that list at 110.

Roethlisberger bounced back from a season-ending 2019 elbow injury to throw for over 3800 yards, 33 touchdowns to just ten interceptions last season.