As Expected, Steelers To Start QB Devlin Hodges Against Cardinals 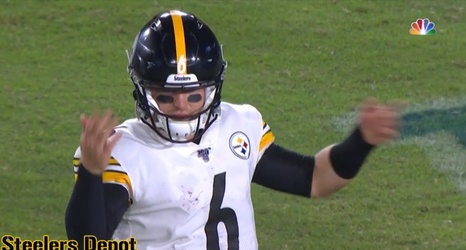 Not surprisingly, Pittsburgh Steelers head coach Mike Tomlin said on Tuesday during his weekly press conference that rookie quarterback Devlin Hodges will remain the team’s starter on Sunday against the Arizona Cardinals.

“Duck will be our quarterback again this week,” Tomlin said Tuesday. “He’s performed well in hostile environments, but he just doesn’t have a big sample size. I like what I saw in L.A. I liked what I saw in the second half in Cincinnati, but he’ll be moving now into his roughly seventh quarter of a road work.