Anthony Miller: ‘I Like Me Over Everybody’ In Competition For Slot WR Job 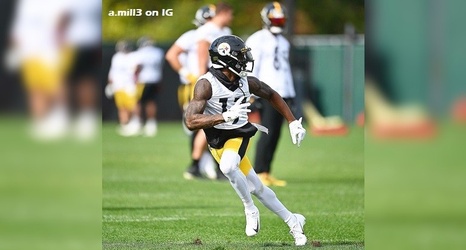 The Pittsburgh Steelers have an opening or two within their wide receiver rotation after losing three of their top five players at the position during the free agency period this offseason. While they used the draft to add some pedigreed options to the mix, they also have some veterans cast aside by other teams, with similar pedigree, gunning for roles.

One such candidate is Anthony Miller, a former second-round draft pick of the Chicago Bears, who spent most of the 2021 season on the Steelers’ practice squad being waived by the Houston Texans, prompted by the return of a healthy Danny Amendola.