Anthony McFarland Sees Himself In The Mold Of Kamara, McCaffery 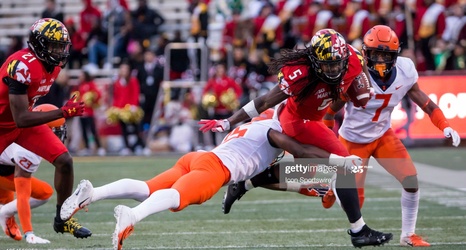 Although he only played for two seasons at the college level, the fact that Maryland running back Anthony McFarland only picked up a mere 24 receptions over the course of 23 games could be a bit concerning for those interested in the limits of his versatility for the Pittsburgh Steelers out of the backfield.

As a redshirt freshman, during which he rushed for over 1000 yards on just 131 attempts, McFarland caught only seven passes, though he produced 73 yards out of them. Last season, playing through injury, he caught 17 passes for 126 yards, including a touchdown.