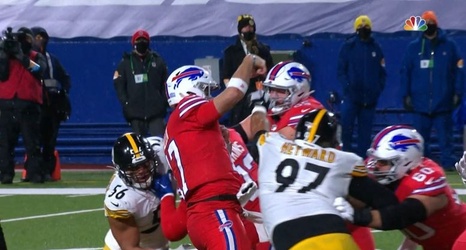 Losing Bud Dupree for the back half of 2020 and permanently this offseason is a blow to the Pittsburgh Steelers. But Alex Highsmith filled those shoes about as well as you could hope for in someone’s rookie season. At first blush, his surface-level stats don’t look particularly impressive. In 16 games, five starts, he recorded just six QB hits and two sacks. But NextGen Stats show a much better performance.

Highsmith had a pass rush win rate of 24%, which would’ve ranked 7th in the NFL – one spot ahead of presumed Rookie of the Year Chase Young – had Highsmith had enough snaps to qualify.