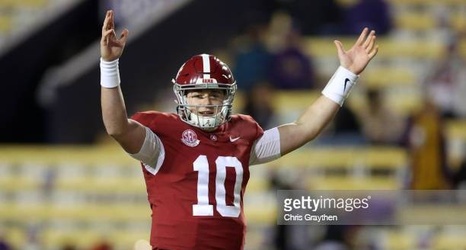 If Mac Jones winds up in Pittsburgh, Sports Illustrated’s Albert Breer will probably be the first to say, “I told you so.” In his latest mailbag and most recent mock draft, he says the Steelers could take a serious look at Jones at #24.

In a Wednesday mailbag, Breer concluded the article with this informed piece of speculation about Jones and the Steelers.

“And to wrap up here, I’d just warn you not to dismiss the idea Alabama’s Mac Jones could wind up being the pick at 24. GM Kevin Colbert’s mobbed up in Tuscaloosa—it’s part of why he was so strident in pursuit of Minkah Fitzpatrick, who Nick Saban gave teams glowing reviews on—and I think that could have an impact on how Jones is viewed in Pittsburgh.