After Recent Spurt Of Interceptions, Lamar Jackson Admits ‘I Need To Do A Better Job’ 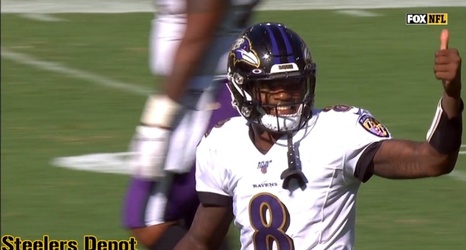 Baltimore Ravens quarterback Lamar Jackson entered the team’s Week Four game boasting an interesting, if surprising, record. He had posted the lowest interception percentage in NFL history among qualifying quarterbacks, or those with at least 250 pass attempts.