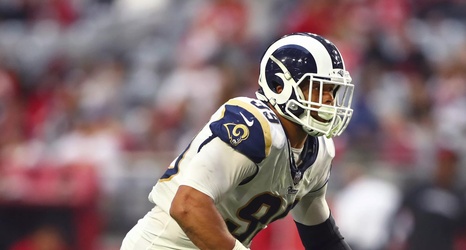 Los Angeles Rams DT Aaron Donald is a Pittsburgh legend. Donald was born and raised in Pittsburgh and even became a All American player for his hometown Pittsburgh Panthers. After being drafted with the 13th overall selection in the first round of the 2014 NFL draft by the then St. Louis Rams, Donald enjoyed immediate success. He was named the 2014 NFL Defensive Rookie of the Year and also made the Pro Bowl that initial season, a feat he has managed to repeat after each of his five seasons.