8 former Steelers among nominees for the 2021 HOF class 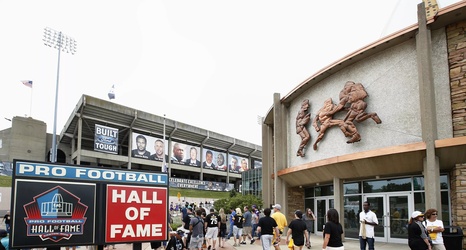 The Pro Football Hall of Fame has announced the 130 modern-era players who have been nominated for enshrinement for 2021. Among the players are seven with ties to the Pittsburgh Steelers who will join the already announced senior member finalist Bill Nunn according to Teresa Varley of Steelers.com.

#Steelers Alan Faneca, Hines Ward, Heath Miller, Joey Porter, Casey Hampton & Gary Anderson are nominees for the @ProFootballHOF Class of 2021. Bill Nunn is a finalist as a contributor. Rohn Stark, who spent one season w/the team, is also a nominee.