2022 Training Camp Questions: Do You Like Diontae Johnson’s Extension For Pittsburgh? 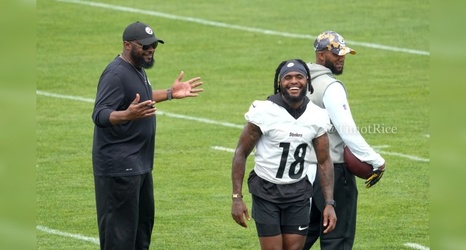 Guess what, folks. It’s training camp time. And that means it’s time for training camp questions. For the first time since 2019, the Pittsburgh Steelers are actually back at Saint Vincent College in Latrobe after having been forced to remain in Pittsburgh, where they held their past two training camps inside of the Field Formerly Known as Heinz.

Even though the Steelers are back on very familiar ground, more specifically on that of Chuck Noll Field, this is a training camp that is unusually full of certainty. After all, they haven’t had a genuine quarterback battle in a couple of decades, but they have one now with Mitch Trubisky, Kenny Pickett, and Mason Rudolph.