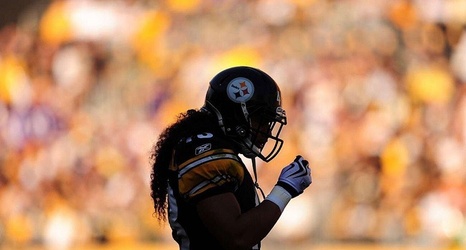 From now until the 2022 NFL Draft takes place, we hope to scout and create profiles for as many prospects as possible, examining their strengths, weaknesses, and what they can bring to an NFL franchise. These players could be potential top 10 picks, all the way down to Day 3 selections and priority undrafted free agents. Today, I’ll be profiling a linebacker prospect who took college football by storm this season, combining vocal leadership and impressive athleticism into a tantalizing option Pittsburgh may consider early in the 2022 NFL Draft .

— Fantastic size and length for the position
— Has the closing speed and burst you desire in a run-and-chase linebacker
— Plays with an aggressive demeanor paired with the explosiveness to pursue the football the football as a run defender as well as a pass rusher
— Does a great job working downhill and filling gaps in the box
—Takes good angles of pursuit to the football, closing the distance between he and the ballcarrier quickly
— Has experience playing on the edge, being capable to set the edge against the run
— Length and size aid in his ability to stack and shed to get off blocks
— Does a good job changing direction and working laterally down the LOS
— Has the twitch and quickness to adjust in short areas to make plays on the football when not in ideal position
— Has shown to be an effective pass rusher off the edge as well as from the box
— Has the backpedal and movement skills to be an effective zone dropper in coverage
— Possesses the athleticism and length to matchup up with tight ends on vertical concepts as well as running backs coming out of the backfield

— Can be a tad slow to diagnose the play at times as his eyes can get stuck in the backfield
— His eyes can get him in trouble on misdirection plays where he bites on the first thing he sees
— Can over pursue the ballcarrier at times, causing him to be out of position
— Will allow blockers into his chest when stacking against the run, causing inconsistencies at his ability to shed blocks
— Can struggle staying in position with receivers in man coverage, needing to limit separation and YAC
— Can be quicker to react to the ball being thrown when in zone coverage to have a chance at impacting the pass
— Needs to use his arms more as a pass rusher to disengage blocks

— Senior prospect from Baton Rouge, LA
— Originally from New Orleans, his family relocated to Baton Rouge when he was five years old due to Hurricane Katrina
— Rated as a four-star prospect by 247Sports and Rivals, participated in the Army All-American Bowl Game
— Played in 12 games with no starts, recording one tackle playing mainly special teams
— Played in all 15 games, starting three times and recorded 50 total tackles (17 solo), four TFLs and 3.