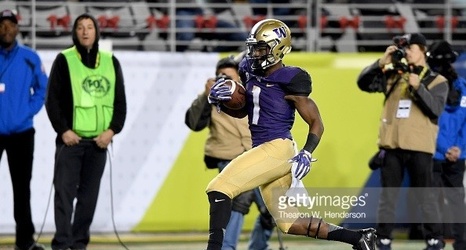 From now until the 2021 NFL Draft takes place, we hope to showcase as many prospects as possible and examine both their strengths and weaknesses. Most of these profiles will feature individuals that the Pittsburgh Steelers are likely to have an interest in, while a few others will be top-ranked players. If there is a player you would like us to analyze, let us know in the comments below.

-Fairly explosive player (35” vert) in terms of leaping ability with average play speed
-Has pretty good short-area quickness to react to plays around him
-Comfortable moving in a backpedal both in coverage and when freed up as a safety
-Versatile player that has lined up in the nickel, deep half, single high, and in the box
-Possesses great eyes for the position and instincts to be in position to make plays
-Does a great job opening up his hips in transition to a backpedal and when needed to commit to one size when playing deep safety
-A natural at undercutting the route by playing the QB’s eyes from the backfield, reading the progression and either jumping the route or running to the spot where the ball is going
-Has a fair amount of ball production in a short sample size
-Can carry backs and TEs vertical up the seam and along the sideline
-Active around the LOS as a willing tackler that will come up and hit you
-Capable blitzer off of the edge from the nickel position
-Can take on backs and tight ends in the run game or when asked to pass protect working through their block or around them to the ball
-Plays with a lot of effort and hustles to the football in pursuit
-Only growing with more experience playing a variety of roles on defense

-Has respectable, yet not great long speed for the secondary (4.