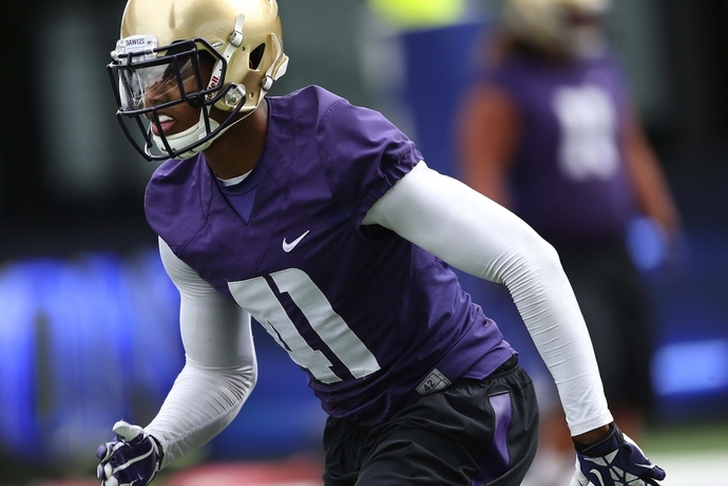 With seven picks in the 2016 NFL Draft, the Pittsburgh Steelers did a nice job addressing most of their needs across the board. While cornerback Artie Burns (No. 25), safety Sean Davis (No. 58) and defensive tackle Javon Hargrave (89) are getting most of the attention in the week following the draft, there is one sleeper pick that has all the tools to make an impact for the Black and Yellow in 2016.

While Feeney is undersized at 6'4'', 230 pounds, he more than makes up for it with speed and ranginess. He ran a 4.5-second 40-yard dash at the combine to go with a 40-inch vertical and 130-inch broad jump, which speaks to his overall explosiveness.

A two-year starter at Washington, Feeney was originally a safety before making the switch to a more natural position. In his senior year, he was named to the all-Pac-12 second team after recording eight sacks and 17.5 tackles for a loss. He also played four years with the Huskies' special teams unit, which is where he will provide his initial value to the Steelers.

But don't be fooled: Feeney has the skill set to do damage as an edge rusher, and should have the chance to prove himself in this capacity as his rookie season wears on. Lots of teams slept on Feeney due to a history of inuries including multiple shoulder surgeries, but the Steelers were wise to grab him with the 220th overall selection.