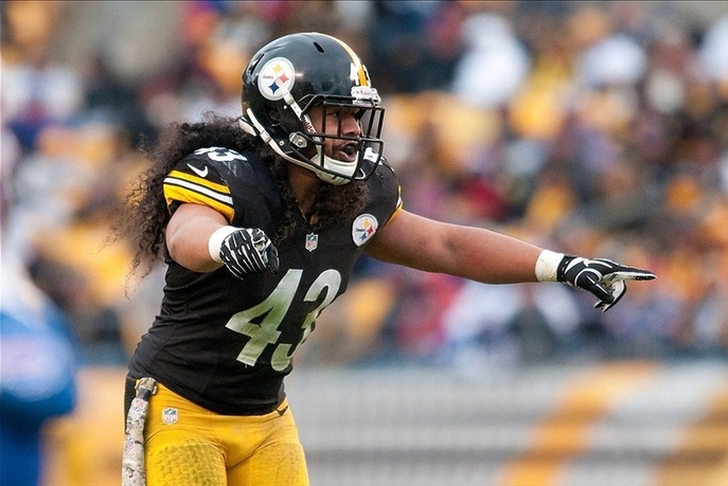 The Pittsburgh Steelers won two Super Bowls with the help safety Troy Polamalu. He played a critical role as one of the best defensive players in team history. He played 12 years for the team, winning defense player of the year in 2010 and heading to eight Pro Bowls. He retired in 2015, but the Pittsburgh Post-Gazette reports that decision wasn't really by choice.

The Steelers had signed Polamalu to a three-year extension in 2014, but money was tight in 2015. The Steelers told Polamalu that he could retire or be cut. Despite offers from teams like the Titans, Polamalu didn't want to play for anyone but the Steelers and elected to retire.

Polamalu his kept his distance from the team since. He hasn't visited the team's facility nor attended a game. To help separate himself from the sport and move on, Polamalu even skipped the team's Super Bowl XL 10-year reunion last fall.

"I don’t think that there’s any bad feelings on his part," Polamalu's longtime agent Marvin Demoff told the Post-Gazette. "I really don’t. I think that in his own way he just had to step away from football — ESPN, the NFL Network, anything involved in football."

Polamalu had broadcasting and playing offers from others, but it was the Steelers or nothing for the safety.

"I think that’s true, that he was disappointed," Demoff said of the Steelers’ decision. "But he didn’t want to pursue anything else other than the Steelers. He had other opportunities in broadcasting and playing. The answer was always no."

The Post-Gazette reports Polamalu and a Steelers source both say Polamalu isn't holding any grudges against Pittsburgh. He just needed some time away from the sport. Polamalu will attend a dinner tonight that honors former teammate and current WR Antonio Brown as Sportsman of the Year. For more Steelers coverage, download the Chat Sports Android and iPhone app.