The Latest Steelers Rumors On The NFL Draft, Karl Joseph And More 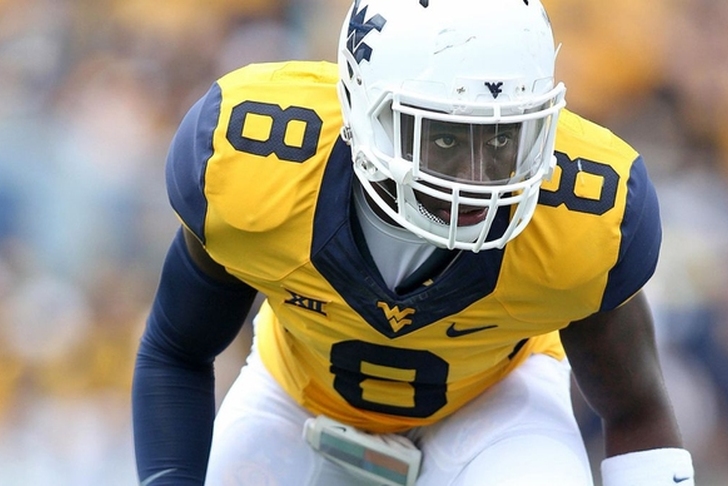 The NFL Draft is just a week away, and there are plenty of Pittsburgh Steelers rumors floating around. The Steelers have already made a few solid moves this offseason and have a chance to make their team even better by adding talent in the draft. Defense will likely be a area of focus early for Pittsburgh. Let's get you caught up to speed with all the latest draft rumors, news and speculation surrounding the Steelers.

Steelers Looking At Karl Joseph?
The Steelers still have a need safety, as they were unable to land Eric Weddle. Mike Mitchell is one starter, but the Steelers need another. One player they are taking a hard look at is West Virginia safety Karl Joseph.

From what I've gathered, Steelers and Colts are among the teams that have done the most due diligence on Karl Joseph.

Joseph is undersized, but is a hard-hitter and showed play-making ability before going down with a knee injury last year. His size and injury could hurt him on draft day. He should be on the board when the Steelers pick in the first round, but he might not last until the second round.

Steelers Looking At CBs In Round 1?
Given their need at the position, it shouldn't be a surprise that the Steelers are looking at CBs in the first round. According to Charlie Campbell of WalterFootball.com, the Steelers wanted Kevin Johnson last year, but the Texans took him. CBs Eli Apple and William Jackson have similar skill sets, which could make them options for the Steelers in Round 1, reports Campbell.

What Will Pittsburgh Do With Jarvis Jones?
The Steelers will need to make a decision on OLB Jarvis Jones a few days after the draft ends. The Steelers have a team-option for Jones for the 2017 season, but need to make a call on that by May 3rd. With Jones' option set to be worth nearly $8.4 million next year, ESPN says the Steelers could try to give Jones an extension worth less than that per year. That seems like the best option. Jones has just five career sacks but the Steelers need youth at OLB.

Follow our Pittsburgh Steelers team page for all the latest Steelers rumors!