James Harrison To Return To Steelers In 2016 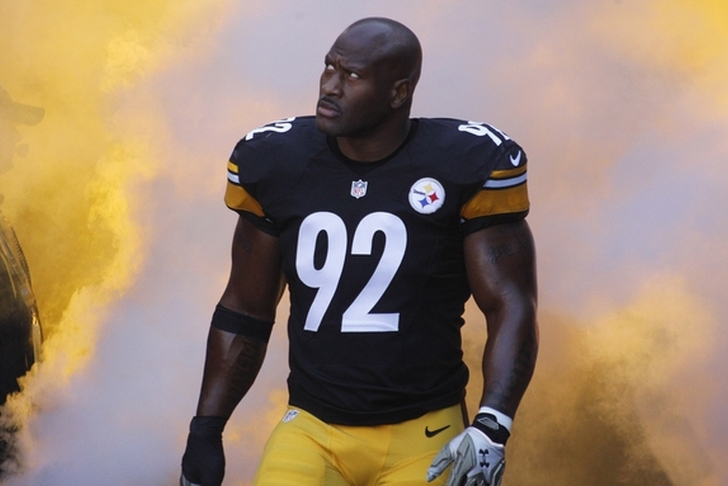 Pittsburgh Steelers linebacker James Harrison will be back with the team in 2016 after contemplating retirement, reports the Pittsburgh Post-Gazette's Ed Bouchette.

Let us end the will-he or won’t-he drama regarding linebacker James Harrison and his intentions to return or not to the Steelers for 2016. He will.

Harrison, who turns 38 on May 4, has been in Arizona going through a rather strenuous routine to stay in shape for the 2016 season. He’s not doing that so he can watch NFL games from his couch next season. He’s coming back and everything he’s said points to that, including last season when I asked him if he intended to return for one more season and he looked at me as if I was asking him if he intended to live for another year. Of course, was his basic response, I have one more year on my contract.

The speculation will continue until he announces definitively what his intentions are for 2016 but look at his actions, not his words. He’s coming back.

Harrison hinted at the notion with this response to teammate Ramon Foster's tweet:

@RamonFoster @KelvinBeachumJr @MaurkicePouncey I can't say for sure but it's looking good for the home team!

Harrison is under contract for $1.5 million next season. He recorded 40 tackles with two forced fumbles and one interception in 15 games last season.