How Will Le’Veon Bell’s Absence Affect the Steelers Season? 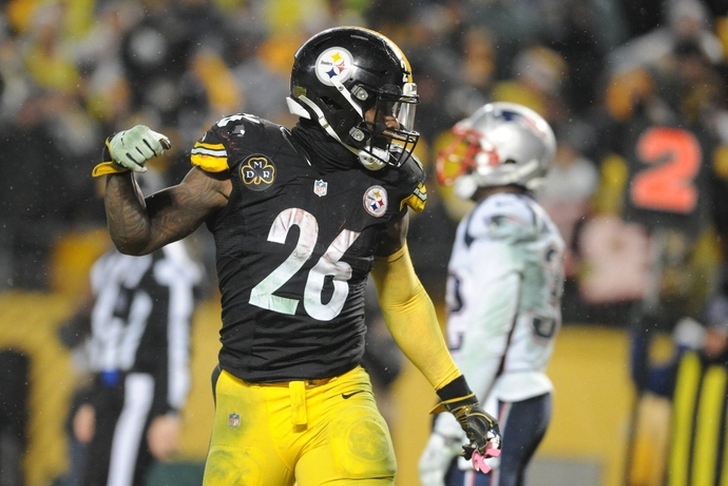 It was assumed that Le’Veon Bell would show up to Steelers’ training camp at some point. Everyone expected he would hold out, as he did last season, but when Pittsburgh had their team meeting on Wednesday – Bell was still nowhere to be found.

Bell’s agent, Adisa Bakari, who is not endearing himself to NFL general managers as of late, did an interview on SiriusXM NFL Radio and alluded to Bell sitting out several games. He didn’t say precisely what the plan was, but at this point, we can’t expect to see Le’Veon Bell anytime soon. At least not for Week 1.

Bell was franchise tagged for the second consecutive season. He is set to become a free agent after this season, provided he reports to the Steelers by Week 10. For every game he misses, he will forfeit a portion of his $14.5 million salary.

How Will the Steelers Offense Perform Without Bell?
Pittsburgh seems to have confidence in James Conner’s ability, as well as third-stringer, and 5th round draft pick, Jaylen Samuels. Tomlin has praised Conner throughout camp and as we approach the regular season. What Bell’s absence does mean is that Antonio Brown will likely receive more targets in the receiving game. The Pro Bowl wide receiver has seen his targets spike when Bell is out of the lineup. Second-year receiver, JuJu Smith-Schuster, will also likely see more work.

How does the team do without Bell in the lineup? Since 2013, they’re 10-7 in the regular season without their Pro-Bowl runner and 11-9 if you include the postseason. They initially were 0-3 without Bell in 2013 when he missed time with a foot injury. Since then, they have fared far better.

However, we can’t make much of these numbers. They don’t consider the opponents the Steelers played, and the sample size is still small due to the short nature of the NFL season, regarding the number of games played. Furthermore, win-loss record is not the best way to evaluate a player’s talent or worth to the team. Bell is clearly the best running back in the league. I am more sympathetic to his salary demands than others but understand the Steelers may not feel he is worth that amount of money. Not to mention, the holes that they have on defense. He is undoubtedly going to be a significant loss to them offensively.

Will the Steelers Surpass Their Vegas Win Total?
Pittsburgh is at 10.5 wins for the 2018 season at most online sportsbooks. They’re also around -175 to win the AFC North Division. It will remain to be seen how long they will be without Bell, but based on his agent’s rhetoric; it would not be shocking to see him stretch this holdout to ten weeks. Even before the Bell not showing up for the start of the regular season – I was already down on the Steelers this year. And, even if he comes back in a few weeks, that doesn’t change their outlook that much.

Their division is far improved, and their schedule is extremely tough. Pittsburgh did go 13-3 last season, but I must say, it had to be the weakest 13-3 season in franchise history. I was not shocked to see them lose to the Jaguars in the playoffs, even after receiving a first-round bye. They have not addressed their issue defense and have an extremely tough schedule, where they face three playoff teams last year’s NFC South and the best the AFC has to offer. Bell’s situation aside I think they are far from a lock to win the AFC North and see them going under their win total of 10 games.

Joseph Falchetti is the author of the blog, most picks, and the majority of content on Safest Betting Sites. Joe has an extensive background as a writer and gambler of all types. He was a professional poker player and sports bettor for eight years until he decided to make the switch to writing sports gambling content, especially about NFL betting.