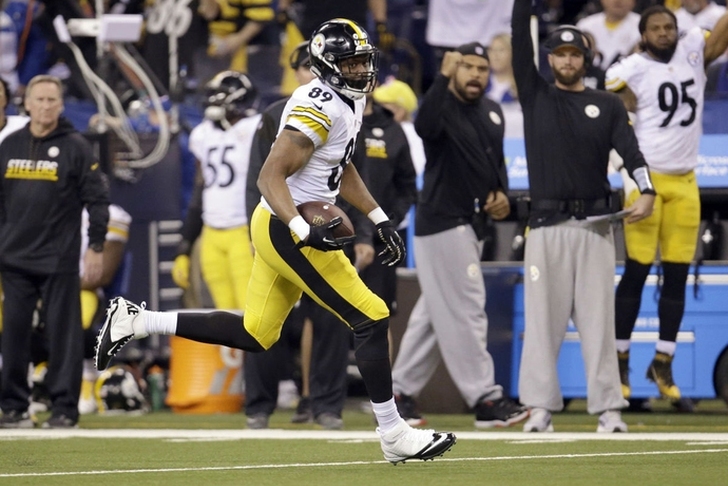 With the NFL season now over, the Pittsburgh Steelers have turned their attention to the offseason. The team's first priority is re-signing its own players, and the Steelers have several key contributors they need to bring back next season, but also a few they could elect to get rid of. Here are three players the Steelers may cut this offseason: The Steelers signed Green last season with the expectation of him taking over for Heath Miller. That didn't happen. Instead, injuries limited him to just six games and he didn't play at all in the postseason. Green is on the books for just under $6.2 million next year, and the Steelers will likely use some of that money to re-sign Le'Veon Bell.

Toussaint has been a reserve running back in Pittsburgh for a while, but Karlos Williams is expected to take over his spot behind Le'Veon Bell and/or DeAngelo Williams. Cutting him won't save a lot of money ($690K), but the roster spot may be more important.

Heyward-Bey will be Pittsburgh's second highest paid wide receiver next season, but with Martavis Bryant coming back, he won't be anything more than the Steelers' fourth, fifth or sixth option at any given time. It doesn't make a lot of sense to pay a guy like that over $1.3 million.