Game-By-Game Prediction Of The Pittsburgh Steelers' Record For 2018 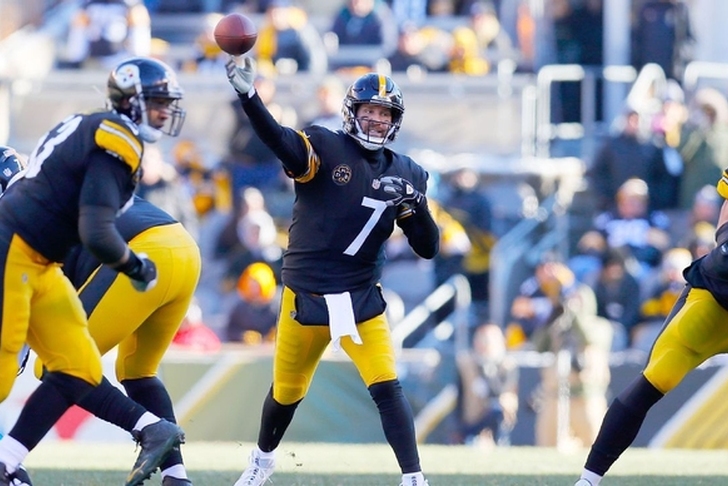 The Pittsburgh Steelers made the playoffs last season, but came up short in their Super Bowl bid, falling to Jacksonville in the divisional round. They are determined to get back to the playoffs and win another Super Bowl, and while they play in the tough AFC North, many are expecting them to make the Super Bowl. Here's a game-by-game prediction of the Steelers' schedule this year:

Kansas City has won the AFC West two years in a row and is the favorites to win it again in 2018. Even though the Chiefs have questions at quarterback with Patrick Mahomes, they have a multitude of weapons on offense and still have a top defense - but they're not winning in Pittsburgh.

Jameis Winston turns the ball over. A lot. As long as Big Ben and the Steelers take care of the ball and rely on their defense, they should win this game comfortably.

These two teams always seem to split their rivalry series no matter what. I'll give Pittsburgh the nod at home in this one.

Atlanta is primed to be one of the league's best teams again in 2018 thanks to their growing defense and explosive offense. This will be a great game, but I think we'll see Pittsburgh's pass defense get exposed a little bit.

The Bengals are rebuilding in their own right and no longer have the all-around talent to really compete with the Steelers. Plus, Pittsburgh just has their number.

Again, the Browns will be better, but they have a ways to go still to catch the Steelers.

These two will split, meaning the Ravens will win this one in Baltimore.

Carolina is going to be a very good team again in 2018 but has an inconsistent passing attack with Cam Newton under center. Pittsburgh will be able to load up against the run and rely on their offense to carry them.

Jacksonville's defense gives Pittsburgh all kinds of problems, as we saw in their two meetings last year. Pittsburgh desperately wants revenge, but on Sunday night, the Jags will win at home.

The Chargers are quietly building a playoff-caliber team in Los Angeles, but with having to travel across the country, they struggle in these games.

I expect the Raiders to compete for a playoff spot with a major bounce-back year. Oakland's passing game will have success against a questionable Pittsburgh secondary.

The Steelers have been one of the best teams in the AFC for the past decade and a half and have plenty of star power - but star power the Patriots can match. This his will be another huge test for Pittsburgh's defense and will likely be a very entertaining shootout again, yet the Steelers will win this year.

While the Saints did not make many additions this offseason, they didn't need to. They found a number of key young players on defense to complement one of the most explosive offenses in the league.

Pittsburgh will look to ensure their playoff spot in this Week 17 game against a lesser Bengals team.