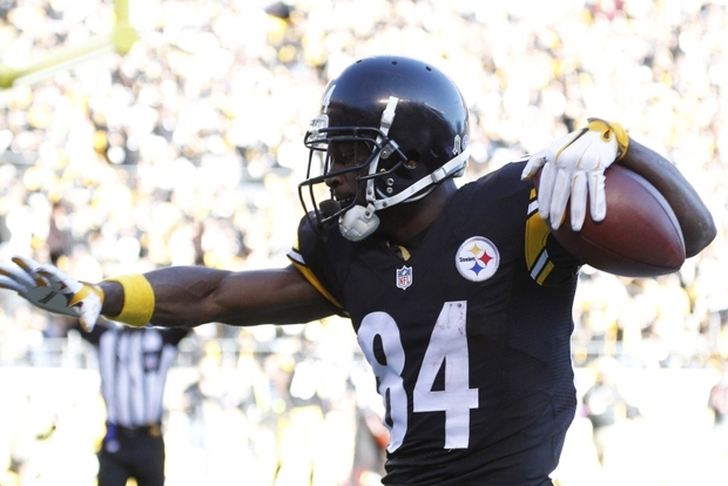 Pittsburgh Steelers (6-4) QB Ben Roethlisberger made is way onto the field in an unfamiliar way on Sunday, jogging out onto the field to replace Landry Jones after Jones went down with a left leg injury. Nursing a leg injury of his own which had him on crutches earlier in the week, Roethlisberger looked as close to 100% as he possibly could leading Pittsburgh to a 30-9 blowout of the Cleveland Browns (2-8). Here's some notes, quotes and observations from the action in the Steel City.

Roethlisberger came in midway through the first quarter, but was still able to post 379 yards and three touchdowns against an overmatched Browns secondary. His 379 yards are the most in NFL history by a QB who didn't stat

Browns quarterback Johnny Manziel threw for a career-high 372 yards with a touchdown and an interception but was also sacked six times.

Steelers WR Antonio Brown caught 10 balls for 139 yards and two touchdowns. His 27 receptions over the past two games is the third-most over such a stretch in NFL history.

"Ben is Ben. So once he got in the game, he does what No. 7 do." -- Steelers WR Martavis Bryant on Ben Roethlisberger's big day.

"(The coaching staff) will evaluate everything from A to Z." -- Browns coach Mike Pettine on the team's plans for the bye week.

"A little excitement. Having fun with it. Gotta be smart but I definitely stuck the landing." -- Steelers WR Antonio Brown on his forward flip into the end zone on a 56-yard touchdown reception.

"No changes." -- Browns owner Jimmy Haslam on whether or not he'll shake up the coaching staff during the bye.

The Cleveland Browns are stuck in between a rock and a hard place on several levels. Their playoff hopes are done at 2-8, their quarterback situation remains unsettled and faith in head coach Mike Pettine is at an all time low both within and outside the organization. The team has regressed in nearly every facet, and that's enough to get 95% of head coaches fired. Whether or not there's a greater plan here with Pettine -- one that saves his job -- remains to be seen.

The Steelers are alone in the #5 spot in the AFC Playoffs race by a half game over the Buffalo Bills and New York Jets. That's not exactly a comforting position, especially with the AFC North seemingly already salted away for the Bengals. However, the Steelers have enough firepower on offense to hang with any of the elite teams in the AFC. All they need to do is hang on for dear life down the stretch and hope that Ben Roethlisberger can remain healthy.