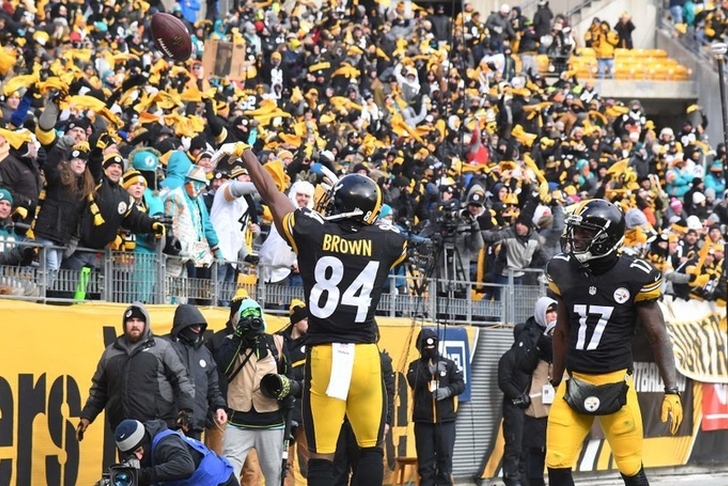 The cold couldn't do anything to slow the Pittsburgh Steelers, who were dominant on both sides of the ball on their way to a 30-12 blowout win over the Miami Dolphins.

Brown's production set the tone for the game, catching touchdown passes of 50 and 62 yards, respectively, on each of Pittsburgh's first two drives.

Pittsburgh took the ball control route from there, riding Bell and a strong defensive performance to the win.

Miami threatened to get back into the game right before halftime, but quarterback Matt Moore - filling in for the injured Ryan Tannehill - fumbled with 27 seconds left, and the Steelers recovered. That was the first of four straight turnovers the Steelers' defense forced (two fumbles, one interception, one turnover on downs) that put the game away.

Along with Bell and Brown's big games, Ben Roethlisberger completed 13/18 passes for 197 yards and those two touchdowns to Brown. They advance to face the Kansas City Chiefs at 1:05 pm ET next Sunday on NBA.

Moore did all he could to lead the Dolphins, who were limited to just 52 rushing yards on 21 carries as a team. Moore finished 29/36 passing for 289 yards and a touchdown, but turned it over three times. Jarvis Landry caught 11 of those passes for 102 yards.