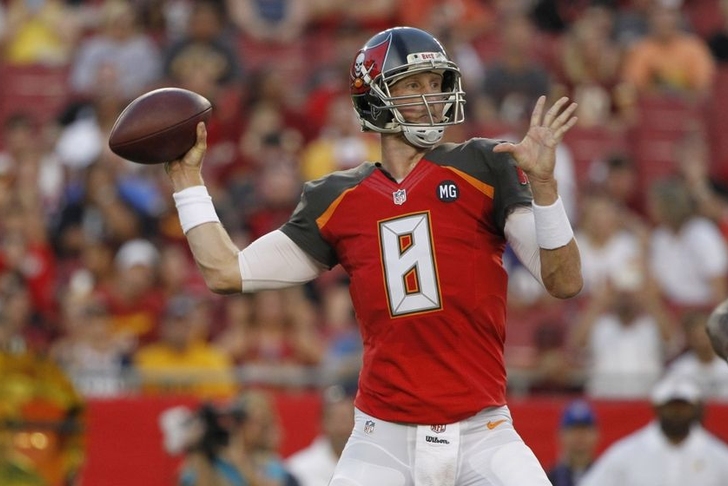 The Steelers bounced back from a rough start to lead this game going into halftime, but lost in stunning fashion on a last-minute touchdown courtesy of Bucs QB Mike Glennon.

5. Mike Evans Is The Real Deal

Tampa's highly-touted rookie WR found the end zone early to put the Bucs up 7-0, and continued to impress with four catches for 65 yards. While it's still early in his career, Evans is running well and doing all the little things for Tampa.

4. Steelers Struggle With Discipline Once Again

When the Steelers go over this one in practice, one stat is going to stand out: 13 penalties for 125 yards. Pittsburgh shot themselves in the foot with a series of unforced errors, and the penalties killed momentum and prevented the Steelers from extending their lead.

3. Glennon Gets It Done

Bucs QB Mike Glennon doesn't jump off the screen or off the stats page, but he makes plays and takes care of the football. Tampa's QB of the future was clutch today, and deserves credit for an impressive final drive that saw Tampa steal this win from the jaws of defeat.

Five sacks, five QB hits. Ben Roethlisberger got absolutely flattened on several plays thanks to breakdowns in pass blocking, and former Bengals DE Michael Johnson was able to wreak havoc in the trenches against an overmatched Steelers o-line. With Antonio Brown looking like one of the NFL's elite receivers, Roethlisberger needs to stay healthy and upright.

The Bucs are now 1-3 on the year, but this team has the pieces to turn things around. Not counting last week's loss in Atlanta, the Bucs have an impressive win and two close losses to their name. With a manageable schedule and progress on both sides of the ball, a Wild Card run isn't out of the question for Lovie Smith's Bucs...but playing in the loaded NFC South won't make it easy.