Steelers vs. Titans Preview and Prediction 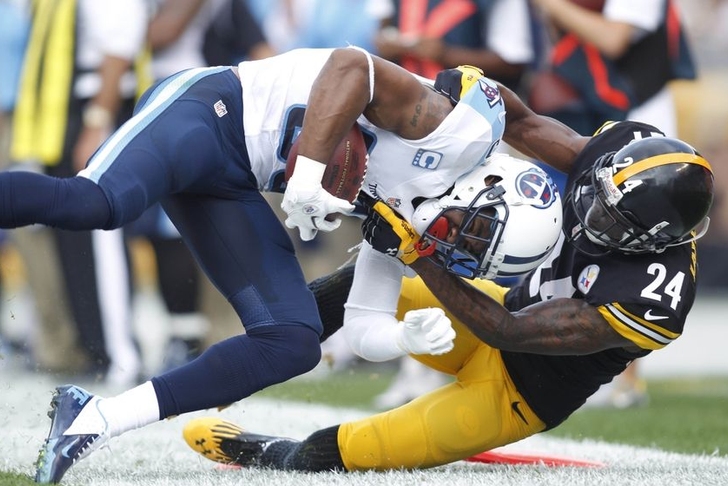 The Pittsburgh Steelers head to Tennessee to take on the Titans on Monday night to wrap up Week 11.

The Steelers are looking to bounce back after an upset loss to the Jets last week, while the Titans look to end a three-game losing streak that started in Week 7.

Key Stat: The Steelers are 3-6 in their last nine second half road games vs. teams with a sub-.300 record. They have a minus-15 turnover differential in those games.

As a result, the Steelers missed an opportunity to remain at the top of a stacked AFC North division. Despite the 6-4 record, Pittsburgh is behind both the Browns and Bengals in the division and tied with the Ravens.

Ben Roethlisberger's incredible run of 12 touchdown passes in two games vs. the Colts and Ravens came crashing down with just one touchdown and two interceptions against the Jets last week.

Titans Outlook: Tennessee has had a rough stretch of games since defeating the Jaguars back in Week 6.

What to watch for: The Steelers had an offense resurgence a few weeks back, but the key in this game may be the ground game with Le'Veon Bell and LeGarrette Blount.

The Titans have allowed 136.6 rushing yards per game - ranking them 29th in the entire league heading into Week 11.

The Titans have a chance to stop the Steelers offense if they can slow down the run, as they've done much better against the pass, allowing just 232 yards per game.

What they're saying - Steelers:

What they're saying - Titans:

Time for Warmack to step up? (Music City Miracle)

The Steelers need this victory and will likely rebound from last week's poor outing. Considering Pittsburgh's road struggles against losing teams, Tennessee has a chance to surprise on Monday night, but it will take a better effort than they've given the past three games.