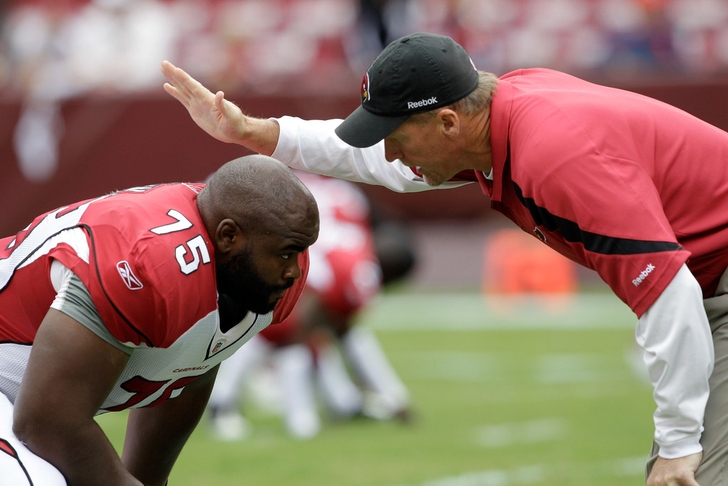 The Pittsburgh Steelers have made a move in an effort to shore up their porous offensive line, but it might not be the move most fans wanted to see. Early Wednesday morning, Pittsburgh traded a late-round draft pick to acquire left tackle Levi Brown from the Arizona Cardinals.

Brown played college football at Penn State before the Cardinals took him fifth overall in the 2007 draft. While he was a highly touted prospect, Brown failed to live up to expectations in Arizona and was widely blamed by fans for the team's below-average pass protection. The 6'6, 324 lb lineman spent all of 2012 on the injured reserve after tearing his triceps muscle during the preseason. In his first game back from injury, he gave up three sacks to Rams DE Robert Quinn.

Brown is owed $3.6M in base salary for the rest of the season, and the Steelers are about ~$1.9M under the salary cap. It remains to be seen how Pittsburgh will make the financial numbers will work out in the long run.