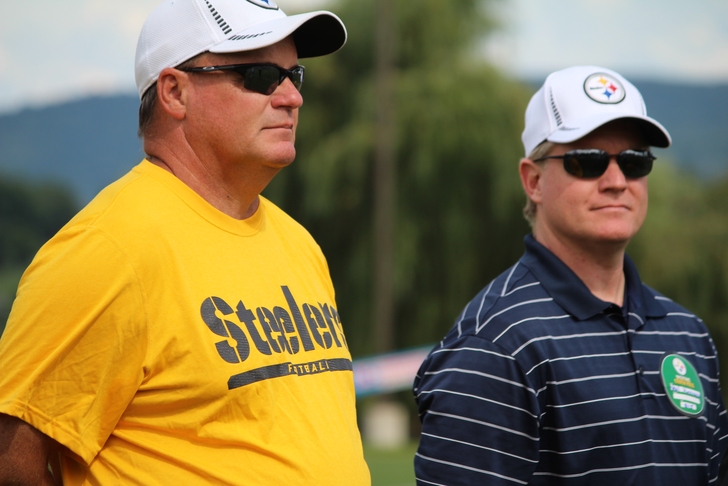 In Steelers rumors today, there is a distinct possibility that the Pittsburgh Steelers could trade down from the #15 spot in May's NFL Draft, in order to address needs throughout the roster.

So says ESPN.com's Scott Brown in a recent mailbag:

"If there is a significant drop-off after the Steelers' top-rated players at cornerback and wide receiver and both of those players (Darqueze Dennard and Justin Gilbert) are gone before No. 15 then they would look at other options, including trading down. The problem with trying to trade down is a lot of other teams may try to do it since this draft would be a good one in which to collect extra picks."

However, if the Steelers can swing something to get extra picks in one of the most loaded NFL Drafts in years, there is a good chance they could if their desired list of names is snatched up by other teams.

Your Steelers rumors whenever and wherever you want them. Download our new Chat Sports iPhone app, and follow our Steelers team page today.