Steelers Rumors: Steelers to draft offense or defense in first round? 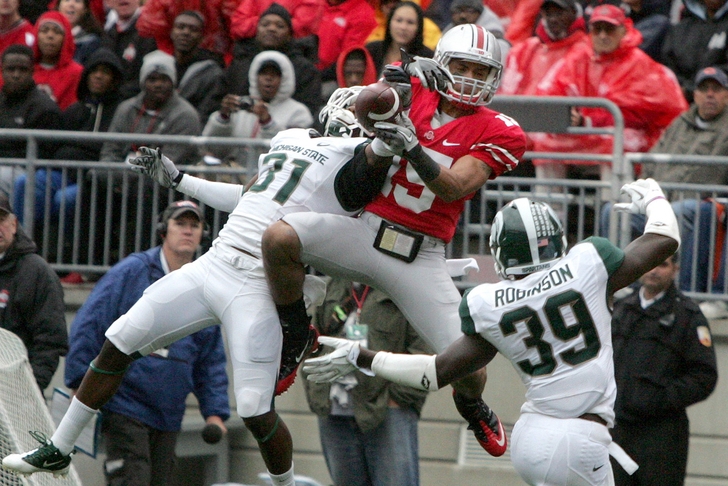 In today's edition of Steelers rumors, the Pittsburgh Steelers are going into the 2014 NFL Draft with pressing needs on both sides of the ball. The question is which need they will highlight come round one.

According to Mike Wilkening of Pro Football Talk, "wide receiver is a position of need for Pittsburgh. There would even be a case to add a tight end early in this draft; Heath Miller, like Roethlisberger, is getting up in age."

Wilkening also posits that "the Steelers very much need more young talent on defense, with cornerback an obvious position that must be bolstered."

Another interesting note from Wilkening's article is his views on whether or not the Steelers should start considering options for the heir apparent to Ben Roethlisberger: "The 32-year-old Roethlisberger was sharp a season ago, throwing for 4,261 yards with twice as many touchdown passes as interceptions (28-14). He seems likely to remain one of the NFL’s better starting quarterbacks this season, too. However, his contract is up after the 2015 season, and he enters his 11th NFL campaign."

Which direction do you think the Steelers should go in the first round of May's NBA Draft? Be sure to make your voice heard in the comment section.

Your Steelers rumors whenever and wherever you want them. Download our new Chat Sports iPhone app and follow our Steelers team page today.