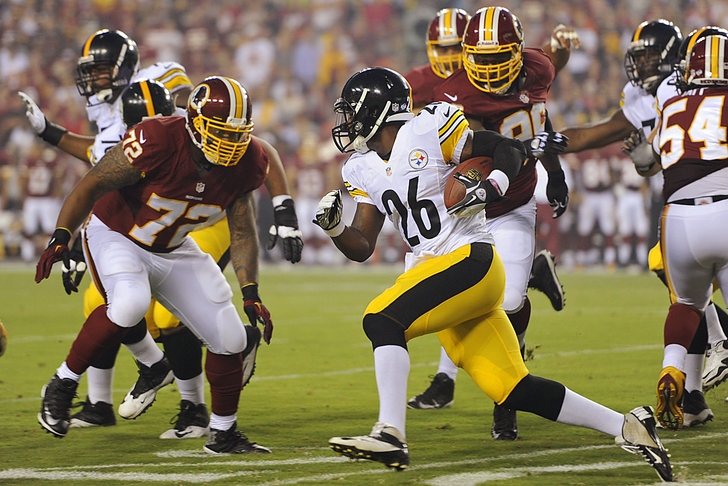 Pittsburgh Steelers running back Le'Veon Bell is expected to be suspended for two games for a July 2014 DUI arrest arising from marijuana use. However, new wording in the NFL's revamped substance-abuse policy could very well end up doubling that expected suspension.

Per Mike Florio of NBC's Pro Football Talk, "there’s a catch that could result in a doubling of Bell’s expected punishment.  The new substance-abuse policy makes a two-game suspension the standard penalty for a DUI arising from alcohol use.  For violations of the law involving other substances of abuse, a first offense exposes the player to a suspension of “up to four” games."

Part of the NFL's mode of thinking will Bell could be a legality issue in comparison to alcohol. In the state of Pennsylvania, marijuana is currently an illegal substance. It's unknown if the league office will weigh that into things when approaching one of the first test cases of the retooled substance-abuse policy.

As of now, it's entirely unclear as to just how long Bell will be suspended for. Until the NFL tips their hand on the matter, clarity will likely be hard to come by.