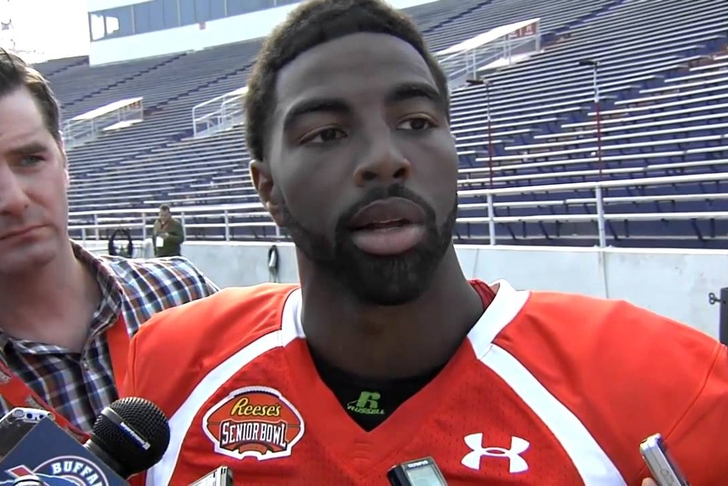 The Pittsburgh Steelers are in need of depth at cornerback, and Miami (Ohio) DB Quinten Rollins is one player rocketing up NFL analysts' mock draft boards that could very well make sense for Pittsburgh at #22 in the 2015 NFL Draft.

The intriguing thing about Rollins? He's only played 12 college football games after spending most of his athletic career as a basketball player. However, that's all he needed to transfer his basketball skills to the gridiron and warrant consideration as a late-first round draft pick.

For him to cement that status, ESPN's Bill Williamson believes that he needs to run well at the NFL Scouting Combine, showcasing that he has the straight-line speed to be a starting cover corner at the professional level.

Whether or not his limited sample size scares off some teams remains to be seen. If it does, don't be surprised if the Browns look long and hard at bringing him to Cleveland.