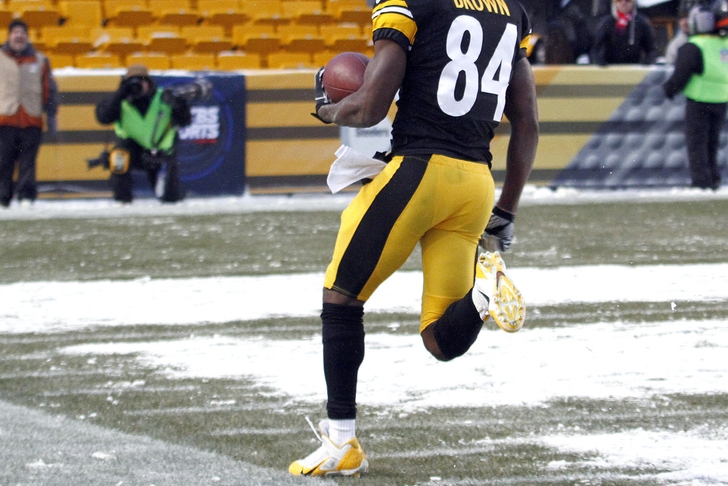 In Steelers rumors tonight, Pittsburgh Steelers wide receiver Antonio Brown has fired agent Drew Rosenhaus, with rumors that he is close to a deal with Jay-Z's Roc Nation Sports agency.

According to Rand Getlin of Yahoo! Sports, "while sources close to Brown cautioned that Brown could change his mind, he has expressed his intent to sign with Roc Nation to multiple parties in recent days."

If Antonio Brown decides to join Jay-Z's imprint, he will be the third NFL wide receiver to join the nascent agency -- joining the New York Giants' Victor Cruz and the Indianapolis Colts' Hakeem Nicks.

Antonio Brown had a career year for the Pittsburgh Steelers in 2013, setting career-highs in receiving yards (1,499), receptions (110), and receiving touchdowns (8).

Brown signed a five-year contract extension with the Steelers after the 2011 season for a reported $42.5 million. Brown may hope to use Jay-Z's notoriety as negotiation leverage along with as a tool to pick up extra endorsement capital.

Your Steelers rumors whenever and wherever you want them. Download our Chat Sports iPhone app and follow our Steelers team page today.