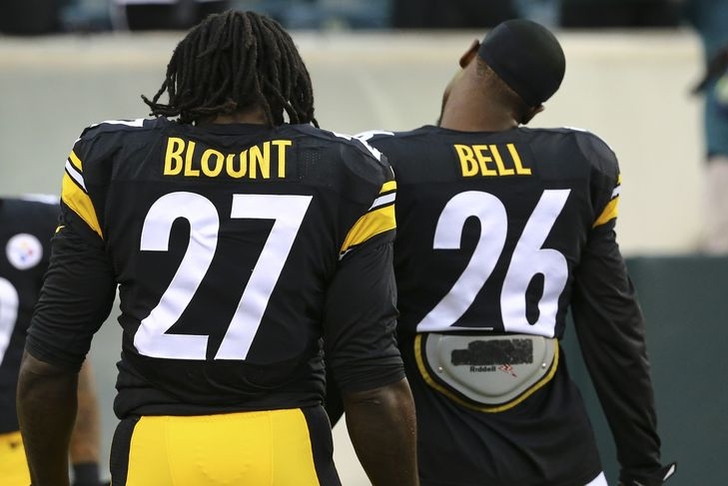 Last night's Monday Night Football matchup was a coming-out party for Pittsburgh running back Le'Veon Bell, but his backfield running mate wasn't happy about his shrinking role in the offense.

LeGarrette Blount has been splitting carries with Bell for most of the season, and the two have formed an effective backfield tandem that has the Steelers ranked sixth in the NFL in total rushing offense. Bell's emergence as a top-tier running back has led to fewer opportunities for Blount, and things came to a head last night when Bell exploded for over 200 yards while Blount didn't get a single carry.

Blount apparently left for the locker room while the game was still going on, changed into street clothes, and tried to leave the stadium - only the intervention of coach Joey Porter kept him from leaving before the final whistle. The Pittsburgh Post-Gazette reports Blount has been an internal problem for nearly a month now, and the team has been so unimpressed by his conduct that he won't return next season.

For Steelers HC Mike Tomlin, Blount's conduct puts a damper on what was otherwise a solid night for the franchise - while Le'Veon Bell is looking more and more like Pittsburgh's running back of the future, Tomlin will have to figure out what to do with his disgruntled backup before the team can really move forward.