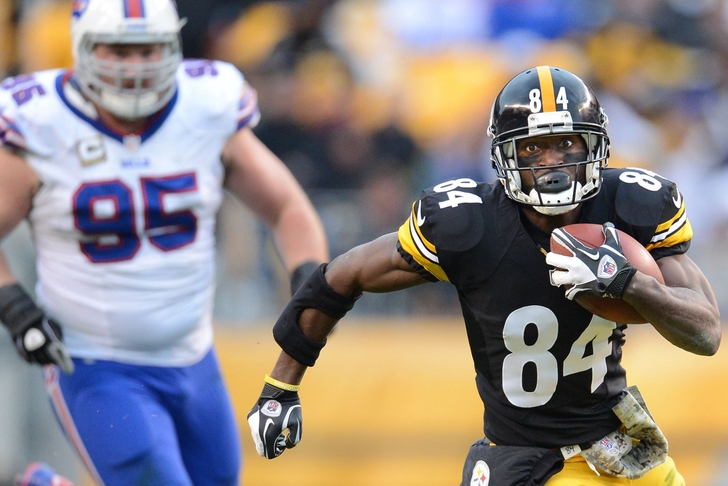 It's not just an eye-popping stat line that has vaulted Pittsburgh Steelers wide receiver Antonio Brown into the top echelon of NFL wideouts (and players, for that matter).

According to starting quarterback Ben Roethlisberger, Brown's work ethic is virtually legendary when it comes to practice.

“How many No. 1 receivers in the NFL are catching punts in practice and running it all way back for a touchdown?” Roethlisberger said, via Scott Brown of ESPN.com. “Then Dri [Archer] steps up and [Brown] tells him to get out because he wants another one. His work ethic and demeanor and attitude are just unbelievable. He’s literally nonstop and I’ll grab him and pull him aside and make up a fake conversation just to keep him out of running so many (punts) back and wearing himself down. His work ethic and attitude are just unbelievable.”

Don't let Brown's diminutive size compared to a majority of NFL wide receivers fool you. As Steelers safety Mike Mitchell puts it, nobody is currently putting together a better body of work than Brown.

“I know other guys are bigger and maybe have better career numbers, but if you look at who’s doing it right now who’s doing it better?” Mitchell asked rhetorically. “He plays like he’s 7-feet tall. He stiff arms safeties when he’s running the ball, and have you seen him lose a jump ball?”