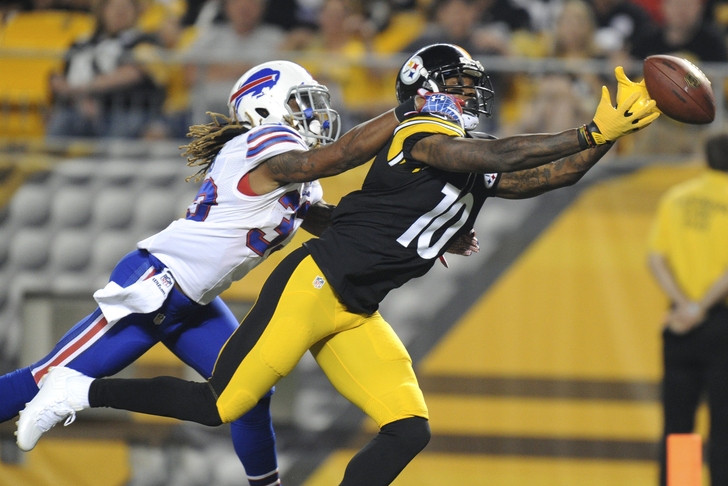 Injured veteran Pittsburgh Steelers cornerback Ike Taylor is excited to get back on the field, especially when it comes to getting a chance to work with two of the team's key rookies - wide receiver Martivis Bryant and nose tackle Daniel McCullers.

“Martavis, he’s going to be one of the keys to how far we go. I truly believe between him and [McCullers] they’re going to be key," Taylor said, via Scott Brown of ESPN.com. "We’re going to rely on the veteran guys but I think just personally those two young guys are going to help us out a lot.”

Taylor is impressed with McCullers' size, and how athletic he is in spite of his huge frame.

“Big Dan he’s one of the few humans that big, that strong, that athletic that can play football, let alone walk on the earth,” Taylor said.

Taylor was even more forthcoming when talking about Bryant.

“All he wants to do is work,” Taylor said. “He doesn’t say too much. He doesn’t pout, he doesn’t whine. He comes into practice, he does what he needs to do, he tries to get better, he leaves. That’s kind of uncommon for a rookie, but that’s what he’s doing and Big Dan, he does the same thing. When you see rookie guys like that and they’re willing to help out and you see them getting better over the course of weeks you’re like, ‘Man, this guy’s going to be one of the keys to our success.’ ”