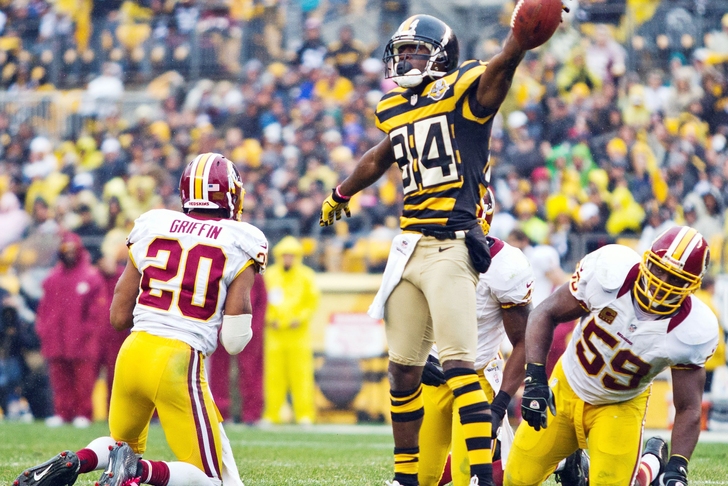 The Pittsburgh Steelers may have lost to the New York Jets on Sunday, but they still have one of the biggest threats at wide receiver in all of the NFL.

Antonio Brown has separated himself as one of the premiere wideouts in the league, despite critics in the past (and present) questioning his durability because of his smaller size.

"Everyone wants to call me small," Brown said, via Gerry Dulac of the Pittsburgh Post-Gazette. "I may not be the tallest guy, but I hit the weights and I got a little strength. I like sometimes to be underestimated. It's been working sufficiently."

"He's so good that's he's in that groove where you could throw him the ball in the parking lot [and] he's going to catch it with one-hand, tip-toe, stay in bounds and score," Baltimore Ravens wide receiver Steve Smith said recently.