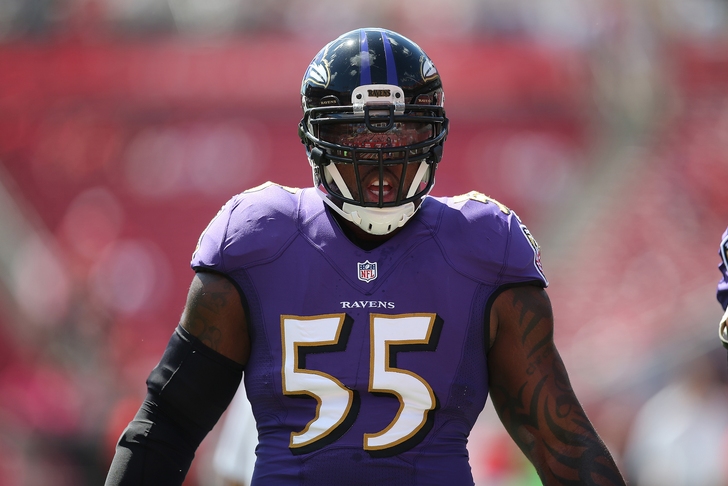 In today's Steelers news update, Baltimore Ravens linebacker Terrell Suggs received what amounts to a financial slap on the wrist for his hit to the back of Pittsburgh Steelers running back LeGarrette Blount's legs last Sunday night.

Suggs was fined $8,268 by the league offices on Sunday - a paltry fine by NFL standards compared to some of the punishments handed down to other players for hits just as dangerous as this one.

Per Michael David Smith of NBC's Pro Football Talk, "the official word from the NFL is that Suggs’s fine was “for unnecessary roughness, striking opponent late whose forward progress has been stopped."'

The vagueness of that assessment doesn't really highlight just how dangerous Suggs' hit really was. A full force tackle to the back of a player's knees, especially if that player has planted their cleats into the turf, could have easily caused serious ligament damage.

Blount called Suggs a "dirty player" after the game, and nothing about Suggs' hit stands to refute that. The NFL, however, was content to wag their fingers at Suggs and his reputation and send him on his way - a ruling that won't likely sit well with the Pittsburgh Steelers.