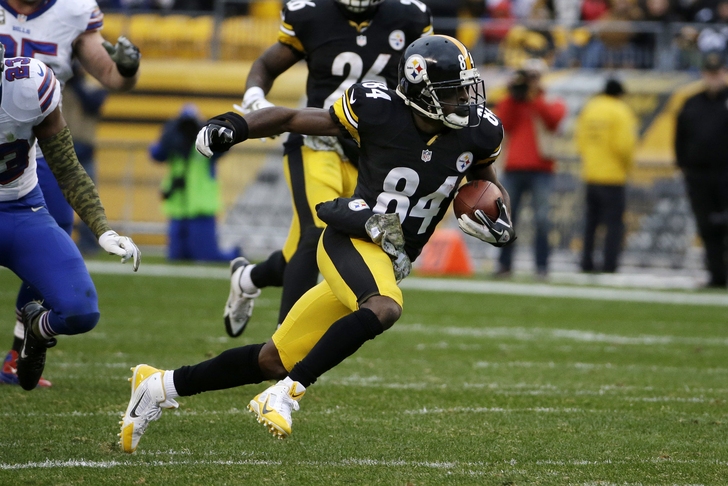 It has been a busy couple of days for Steelers news, and looks like the news will get even busier in Pittsburgh with $4 million extra to play with in free agency.

Steelers WR Antonio Brown restructured his contract and freed up $4 million worth of cap space for Pittsburgh, per league source.

Antonio Brown also restructured his contract prior to last season, and was scheduled to cost the Pittsburgh Steelers $8.47 million against their salary cap for 2014.

By converting his base salary to $800,000 for this season, along with spreading out his bonus money over the final four years of his contract, the Steelers reduced his salary cap hit to just $4.57 million for the upcoming season.

The restructuring of Antonio Brown's deal comes on the heels of similar deals worked out with safety Troy Polamalu and tight end Heath Miller--along with the releases of tackle Levi Brown and linebacker Larry Foote.

Don't be surprised, Steelers news fans, if the cuts and the restructuring continue as the beginning of free agency approaches on Tuesday.

For the latest in Steelers news, be sure to follow our Steelers team page.