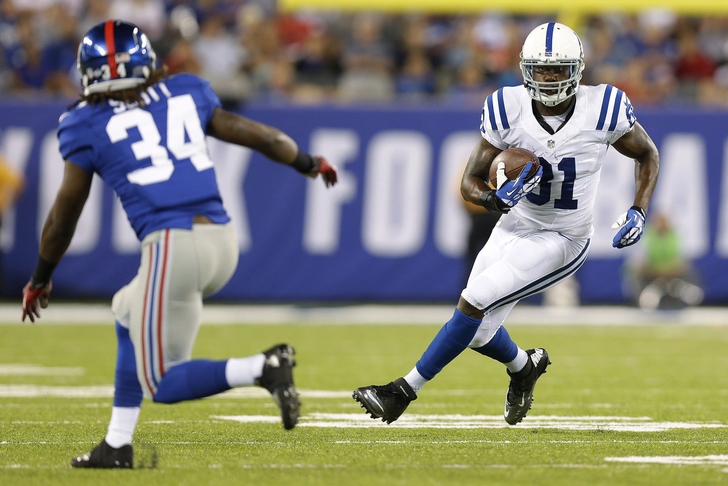 Today's entry into Steelers news is here to celebrate the thrift-shopping mindset of the Pittsburgh Steelers and their front office.

Here's Florio with a bit more analysis of the Pittsburgh Steelers' salary-cap steal --"Heyward-Bey signed a one-year deal under the minimum-salary benefit. He’ll make a base salary of $735,000 and a signing bonus of $65,000. The labor deal holds the cap charge at only $635,000."

This represents a very sudden fall from grace for Heyward-Bey who was selected seventh overall by the Oakland Raiders in the 2009 NFL Draft.

The only real downside to this deal for the Steelers, as Florio puts it, is that "if Heyward-Bey has a big year, they won’t be able to re-sign him until he hits the market next March. But that’s a small price to pay for a cap-strapped team to get a player who may finally figure things out in his sixth NFL season."

Heyward-Bey struggled mightily in his first and only season with the Indianapolis Colts in 2013. While he appeared in all 16 regular season contests for the Colts (11 starts), he posted just 29 receptions for 309 yards and a single touchdown. His 10.7 yards per catch marked the worst total of his five-year NFL career.

Your Steelers news, whenever and wherever you want. Download our new Chat Sports IPhone app, and follow our Steelers team page today.