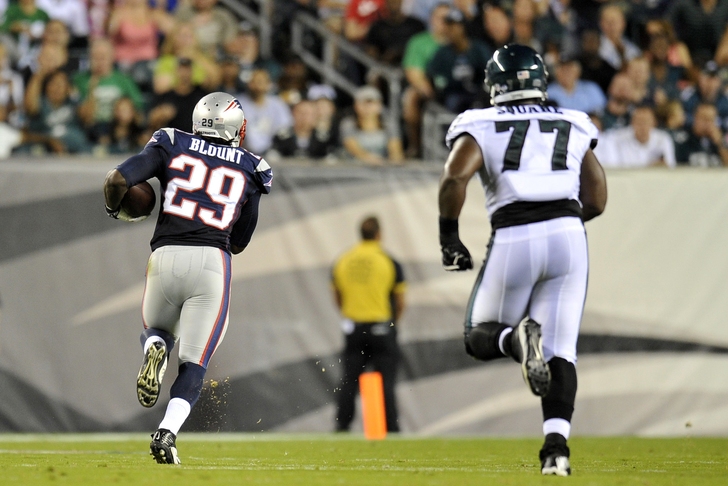 Steelers news has been relatively quiet since the end of the regular season, but as the Super Bowl approaches, rumors are starting to circulate about who the Pittsburgh Steelers may target in free agency.

According to NFL sources, the Pittsburgh Steelers may be targeting the New England Patriots' LeGarrette Blount as the fix for a running game which finished 28th in the NFL at 86.4 yards per game. The dynamic power running back was a key part of a resurgent Patriots' running attack which helped carry New England to the AFC Championship game.

Also rumored to be on the Pittsburgh Steelers' wish list is New Orleans Saints' wide receiver Robert Meachem. Meachem's role was limited in his return to the Saints, as he was targeted just 30 times in 15 games, finishing with 16 catches, 324 yards, and 2 touchdowns.

The Pittsburgh Steelers finished hot, winning their last 3 games, and 6 of their last 8 to finish just short of making the playoffs at 8-8. There is a possibility that the Steelers could change very little due to their solid finish, but LeGarrette Blount and Robert Meachem remain as intriguing options if Pittsburgh decides to look elsewhere for upgrades.