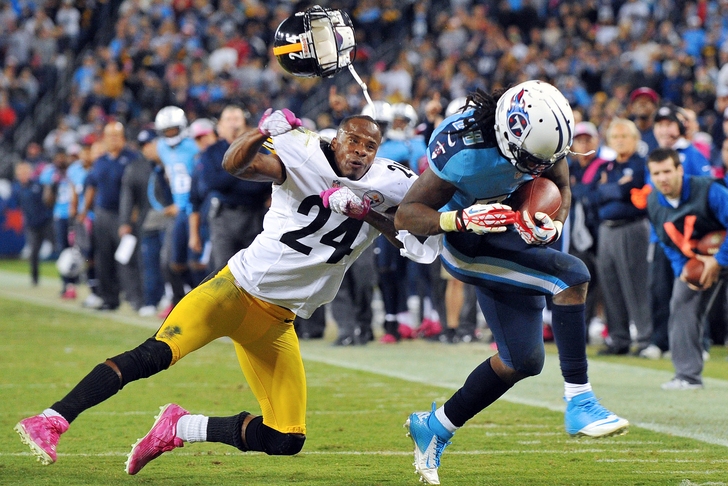 In Steelers news today, Pittsburgh Steelers' 11-year veteran cornerback Ike Taylor has made it clear that he wants to retire just as he started--as a Steeler.

Speaking with FOX Sports, Taylor made it plain and simple in reference to whether he wants to stay in Pittsburgh or test the open market-- "I would love to retire as a Steeler but you just never know. Time will tell."

Reports have recently surfaced that the Pittsburgh Steelers will ask Taylor to either accept a pay cut next season or be cut outright.  Ike Taylor is due $7 million in base salary in 2014, but would cost the Steelers almost $12 million against the cap due to a past restructuring of his contract.

Short of saying he would accept a pay cut, Taylor added that he would even be willing to move to safety if that is what it would take to keep him in Pittsburgh, stating "I want to play football so if they ask me (to play safety) I'm doing it regardless."

Taylor has reached out to former Steelers' All-Pro Rod Woodson and Steelers' defensive back coach Carnell Lake in order to get a little bit more background information on what the move from cornerback to safety would entail. Both Woodson and Lake moved between playing cornerback and safety in their respective NFL careers.

If it's Steelers news you want, then Chat Sports is the place. Be sure to follow our Steelers team page.