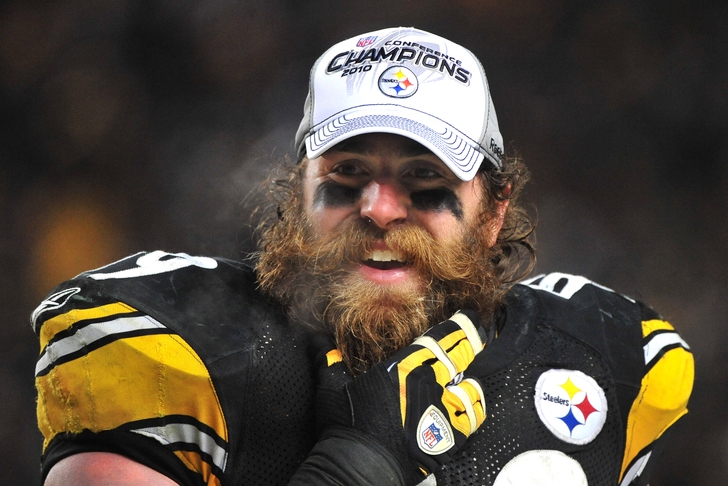 With Steelers news buzzing over the re-signing of safety Troy Polamalu and tight end Heath Miller, it may be easy to forget that the Steelers could very well lose a couple of veteran defensive starters when the NFL free agency period begins next week.

According to Alan Robinson of the Pittsburgh Tribune-Review, Pittsburgh Steelers defensive end Brett Keisel is readying himself for the end of his twelve-year career (missing one year due to injury) in Pittsburgh--"Keisel, an eight-year starter on a defense that ranks No. 1 in the NFL during that period, hasn't been contacted by the Steelers about returning next season and is preparing to play elsewhere, according to his agent."

The 36-year-old Keisel will become an unrestricted free agent on Tuesday, and was a productive member of the Pittsburgh Steelers' 3-4 defensive scheme in 2013 (despite missing four games with plantar fasciitis in his left foot which was compounded by a tear.)

Despite the injury, the hang-up between the Steelers and Brett Keisel may be completely financial in nature. Keisel made $2.8 million last season, and counted for $4.9 million against the Pittsburgh Steelers' salary cap ledger. The Steelers would most likely only be interested in retaining Keisel at a rate close to the veteran minimum salary of $955,000.

Brett Keisel finished the 2013 season with four sacks, giving him 29 sacks for his career--a total which ranks him 13th in Pittsburgh Steelers history.

He also added one forced fumble, two fumble recoveries, and 29 tackles for the 8-8 Steelers.