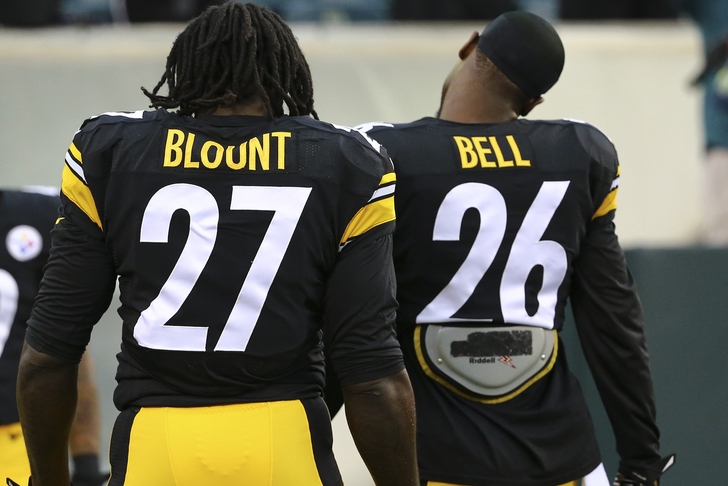 Per ESPN's Adam Schefter, the now-New England Patriots back saw the charges dropped after completing 50 hours of community service:

Now that LeGarrette Blount has completed 50 hours of community service, prosecutors have dropped marijuana possession charges against him.

Blount's attorney, Casey White, told the Associated Press that his client may still face a reprimand from the NFL despite having been cleared.

The 28-year-old was released by the Pittsburgh Steelers after he decided to leave the team's Week 11 contest against the Tennessee Titans early. He would sign with the Patriots several days later, slotting in as one of Bill Belichick's featured backs en route to team's berth in Super Bowl XLIX.