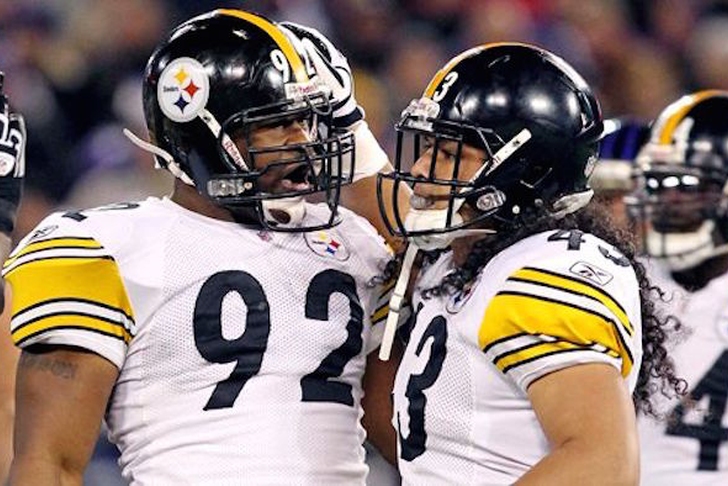 Pittsburgh's loss to the Baltimore Ravens in the first round of the NFL playoffs not only ended their season, but it may have ended the careers of long-time Steeler stars Troy Polamalu and James Harrison.

Following the game, Polamalu said it was fair to ask about retirement, but he wasn't "prepared to even think about that or talk about that at this time".

Harrison had to be coaxed out of retirement this year to help the Steelers struggling linebacking core, and he shared Polamalu's feeling.

"You never want to end on a loss," he said. "You want to go out kissing the Lombardi [Trophy]. We'll see. I'm not going to answer a question [about the future] right now because I'm not in the right mind frame."

Polamalu still has two years left on his contract, while Harrison's expired after the season.