Steelers News: Players Call Out Ravens' Terrell Suggs For Being A "Dirty Player" 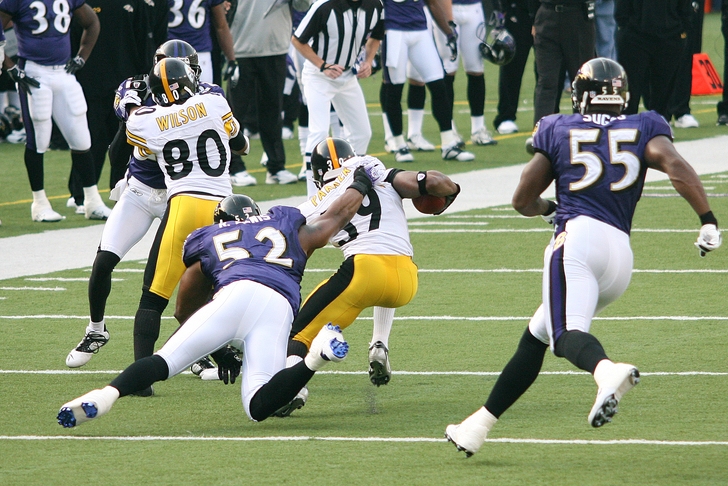 Can't get enough Steelers news? Be sure to download our 5-star iPhone app today!

After Baltimore Ravens outside linebacker Terrell Suggs dove at the back of Pittsburgh Steelers running back LeGarrette Blount on a clearly unnecessary end-of-play maneuver, members of both teams started to scuffle for a few plays until officials called upon both coaches to rein in their teams.

However, the anger towards Suggs was still clear and present on the Steelers' side following the game.

"I don't know what [Suggs] was doing,” Blount said, via the Pittsburgh Post-Gazette. “I don't know what he was thinking. He's known to be a dirty player. As long as he does that he's going to continue to have people come after him and do whatever we did to get in his head."

"He should be getting a FedEx in the mail,” Gilbert said about a potential fine. “If he doesn't, I'll be very surprised and very disappointed. You don't play football like that, especially when the play is already over. You don't go back at a guy's knees."

Suggs, on the other hand, shrugged off the hit after following the game.

“I assessed the play,” Suggs said. “That was the only way I could get him down without him gaining more yards. I wasn’t trying to get him hurt. I was just trying to get the big guy down. Whatever.”