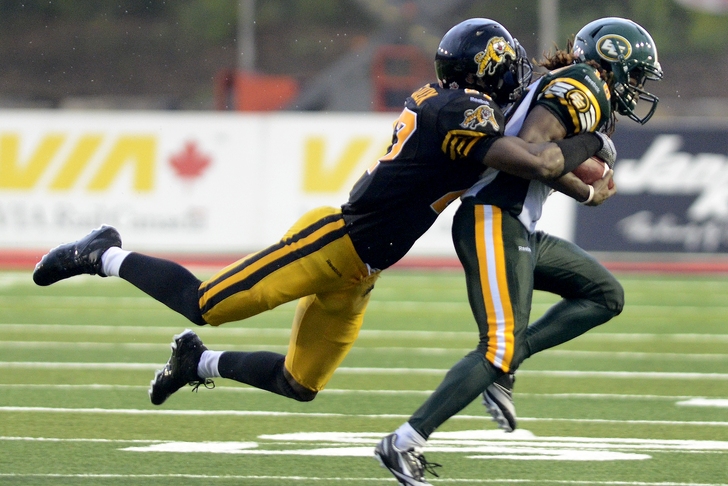 The Pittsburgh Steelers have looked to Canadian Football League a few times already this offseason to find potential diamonds in the rough, with Hamilton Tiger-Cats cornerback Delvin Breaux the latest player from the CFL to work out for the team, per a report by Howard Belzer.

Breaux was originally signed up to play college football for the LSU Tigers in 2007, but a career-ending neck injury (he fracture three vertebrate in a high school prep game) ultimately derailed his college career as he was never medically cleared to play.

After leaving school, Breaux played two years with the Arena Football League's New Orleans VooDoo before he joined the Tiger Cats back in 2013.

The Steelers were likely intrigued by both Breaux's frame (six-foot-one, 196 pounds) and natural athleticism - a combination which places him in the normal range of NFL cornerbacks. He registered 33 tackles and one interception for Hamilton last year, and could end up being a legitimate option for a Steelers team looking to add cost-effective cornerbacks this offseason.