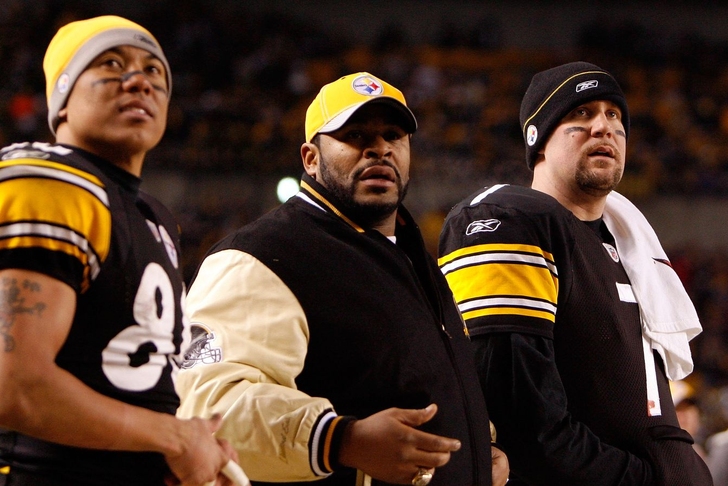 Legendary Pittsburgh Steelers running back Jerome Bettis hasn't yet been inducted into the NFL Hall of Fame, but he's already campaigning for a former teammate to join him in Canton.

"The guy I hope can be sitting right here one day is Hines Ward," Bettis said to Steve Wyche during an NFL Network interview. "He was a guy - wasn't the fastest guy, wasn't the strongest guy. Had great hands, but his determination, his work ethic is what I was impressed by and with his small frame, to do what he was able to do, he was impressive."

Ward will likely have a major struggle getting in on the first ballot (like Bettis), with names like Marvin Harrison, Isaac Bruce, Randy Moss, and Terrell Owens projected ahead of him in many voters' minds.

However, even if he doesn't get voted in during his first year of eligibility (2017), his 1,000-plus career receptions should be enough to get him there some day.