Steelers News: James Harrison Update, How Big Of A Role Will He Play? 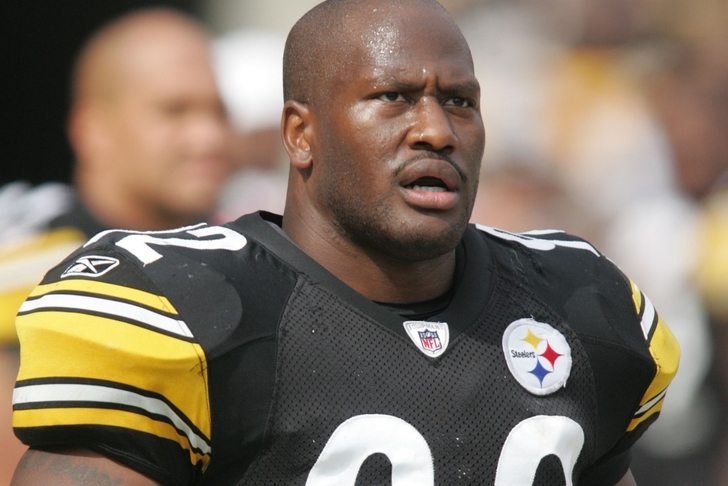 The Pittsburgh Steelers and returning linebacker James Harrison aren't budging on their position that Harrison's role with the defense remains up in the air.

However, former Tampa Bay Buccaneers general manager Mark Dominik told ESPN that Steelers fans shouldn't expect to see him on the field all that much - at least off the bat.

“I think you could see him play five to 10 snaps in that limited pass-rush role,” Dominik said about what he expects from Harrison in his first game since 2012, via Scott Brown of ESPN.com. “I think at the end of the day you’ll be lucky if James Harrison become a 20- to 25-snap guy. He knows what to do in the system, and that’s the No. 1 thing, it’s just that can he get his body to do it? That's going to take a little bit of time.”

Dominik also commended the Steelers and Harrison himself for the approach they've taken to his return, despite his 2008 charges for simple assault after striking his girlfriend. Harrison said Wednesday that he's learned from the incident.

"I liked James Harrison’s answer. I think he believes he’s moved on and you’ve got to trust that after six years he has moved on,” said Dominik. “You haven’t heard or seen another incident and so therefore I think it’s in the past. I like the way the Steelers handled it. They put the head coach right up to him, talked to him about here’s where we’re at, here’s what we’re doing forward.”