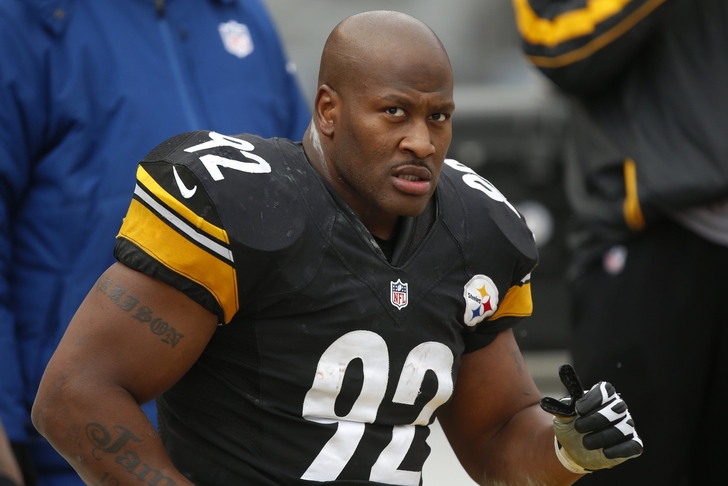 Veteran linebacker James Harrison announced that is final decision will be between re-signing with the Pittsburgh Steelers and joining his former defensive coordinator, Dick LeBeau, with the Tennessee Titans.

Harrison posted a video on Instagram on Saturday to announce that, adding that he will "pray" before coming to a decision.

"The opinions of my support team are split, but for me, my love for the man who both started, and made my career what it is, is undeniable," Harrison wrote on Instagram. "There are no words that I can find that would do justice for everything Dick LeBeau has done for me & my career and nothing can compare to that!

"I also have a great amount of love for Steelers Nation & the Steelers organization. I'm going to pray on this and let God guide me in the right direction."

Harrison, 37, is a five-time Pro Bowler. He emerged as Pittsburgh's best pass rusher in 2014 after coming out of retirement to replace an injured Jarvis Jones.